I know time travel is tricky, but can we at least keep our paradoxes consistent?

I saw Looper the other day and really enjoyed it. However, like many people I couldn’t help but feel a bit irritated by the film’s many plot-holes relating to time travel. Looper is by no means alone in this, books and films for years have strived to put together a reasonable picture of how time travel might work, and they always end up frying your brain a bit because of all the paradoxes involved.

However. Is it too much to ask for movie makers to at least be consistent in their choice of paradox? I’m aware that asking for a consistent paradox is somewhat of a paradox itself. But I don’t care if the formulation doesn’t make any real scientific sense, I just want some kind of coherent internal consistency. There are many approaches to time travel, but only a couple that I think really can satisfy this, which I discuss below.

So please, sci-fi writers, go ahead and write fantastical tales of time travel, extra dimensions, multi-verses and other mind-boggling phenomena. But please also try think about ways to maintain an illusion of logic — and don’t keep switching between them!

Fixed past and future

You could take the Harry Potter approach. If someone goes back in time, whatever effect they have on the past must have always been part of history. For example, Harry catches sight of someone who he thinks is his father. A bit later on, he goes back in time and realises that the figure he saw was actually his future self — so he races to be in the right place at the right time to satisfy this historical precondition and become the figure that his past self saw.

The difficulty here is that it makes his future actions inevitable — once Harry twigs that the figure is actually himself, you might think he could decide to go somewhere else and hide so that his past self wouldn’t see him, but actually he can’t because then his past self wouldn’t have seen the figure — the entire future is predetermined by the events that occurred in the past.

I’m happy for sci-fi writers to use this approach as long as they make sure all their characters behave and do what they were inevitably going to do — so there are no inconsistencies and we can just kind of ignore the paradox for the price of accepting inevitability. This is sometimes known as the Novikov self-consistency principle.

There is a way to avoid this awkward lack-of-free-will conundrum. To do this, we employ the ‘many worlds‘ approach. Here, anyone is free to go back in time and do anything they like, but if they do something that ‘changes’ the future, we simply branch off into another reality — another world where history includes whatever change they made. So, I can go back and kill my grandfather, but we will suddenly branch off into a world where I never existed. Here, time travel is instead more like crossing into another dimension.

This is a bit like what happens in It’s a wonderful life — George Bailey essentially crosses into another reality where he never existed. This is a neat way of solving the paradox, but I will admit it may be tricky for sci-fi writers to keep documenting the happenings in each newly created reality that occurs every time something in the past changes.

Spoiler alert: Skip this bit if you don’t want to know plot details of Looper…

I will now explain how Looper seems to pick and mix these approaches. There are many examples in the film to choose from, but I’ve decided to focus on the climax of the film — the ending — to illustrate my point.

Basic principle of the film: Future criminals (Mafia) send their targets back in time to be killed by assassins known as ‘loopers’ (the criminals can’t kill the targets in their own time because technology has advanced so much that it is impossible to kill someone without being caught). Once retired loopers reach a certain age, the criminals also send them back to be killed by their younger selves — to close the ‘loop’.

We enter a reality where the Rainmaker has taken over the Mafia and is closing all the loops. He is the reason why older Joe is sent back in time to be killed — and as he is being captured his wife is killed in the cross fire. As Joe is sent back in time he decides he can’t let this future happen so escapes his younger self’s attempts to assassinate him and sets about finding the child that will grow up to be the Rainmaker so that he can kill him and change the future.

The plot unfolds with older Joe trying to find the child and younger Joe trying to find older Joe. We come to point where older Joe must kill the mother of the Rainmaker because she is in the way trying to protect her son. It is then made clear to the audience that it is the very act of losing his mother that provokes the child to become this criminal mastermind. So, had older Joe not come back in time, the child’s mother would not have been killed and he would not have become the Rainmaker.

So far so good. The film makers have clearly taken the ‘fixed past and future’ route, right? It’s perfectly possible for this to be self consistent as long as older Joe behaves in his inevitable way and kills the mother.

He is prevented from doing so by his younger self who has caught up with them and twigged that older Joe killing the mother is what leads the child to become the Rainmaker. So he does the only thing he can think of to stop this — younger Joe shoots himself. This causes older Joe to disappear and mother and child are safe. Child doesn’t become evil criminal mastermind.

Have you spotted the problem? As soon as older Joe is prevented from killing the mother, we can no longer use the ‘fixed past and future’ approach — both past and future have changed. So maybe they’ve gone for the ‘many worlds’ route? This doesn’t work either, as younger Joe killing himself would simply branch into a new reality where his older self doesn’t exist — but in the current reality this would have no effect — older Joe would still exist and still be able to kill the mother.

Is there an alternative?

I love science fiction, but I can’t help feeling let down when writers don’t think things through properly. I can totally lose myself in their fictional world, but when I spot a blatant inconsistency the enchantment brutally shatters. 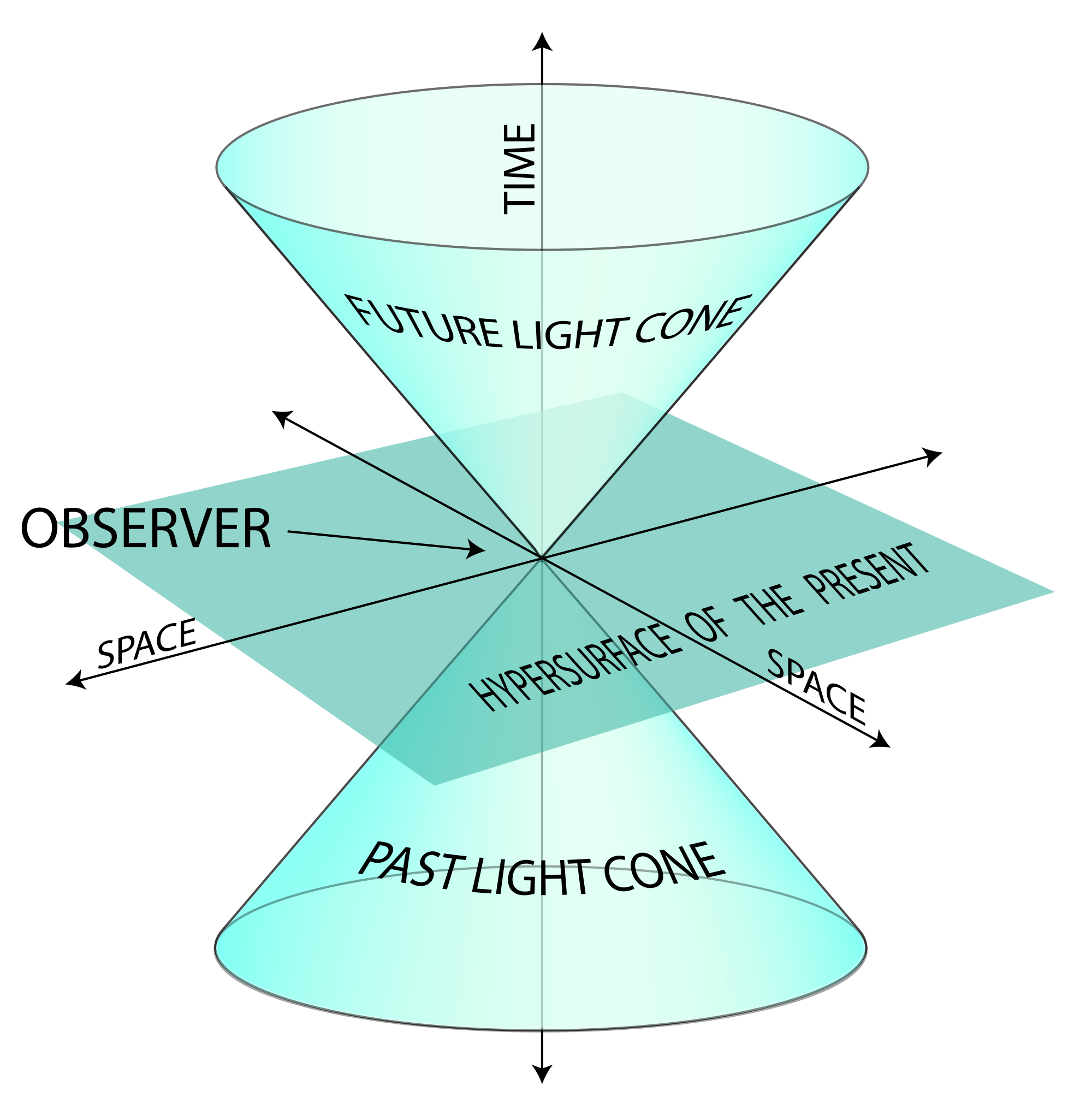 I do have another solution — Huggins Displacement Theory provides a lovely paradox-free approach to time travel. Unfortunately for sci-fi writers, it involves a spatial displacement of an equal number of light years — so that you end up somewhere outside your own light cone and are therefore unable to effect a change in your past, and by extension the past of anyone who’s past depends on yours. So we avoid a paradox, but we also avoid drama or any kind of interesting story at all. Sorry.